You are here: Home / just chatting / 35 wonderful years in the U.S.

35 wonderful years in the U.S.

Tomorrow is a very special day for my family.
On January 30th of 1980 my husband Simon, our son Eli, and I said goodbye to our parents, siblings and their families, cousins we grew up with, and close friends. We were leaving Soviet Russia forever. We were young and excited, but we also were sad and heartbroken.

We knew that we had a new and better life full of endless opportunities ahead of us. My husband, math professor and researcher, had many contacts in his mathematical field in America and other countries. I had my MS degree in Mechanical engineering and design-engineer work experience. We believed in ourselves, did not expect the transition to be easy, and knew that anything ahead of us would be better than what we left behind: religious prosecution, no freedom of speech, and much more. We were ready.

Although we left our families behind, deep down we knew that we will be reunited with them somehow.  We were right.

Tomorrow will be exactly 35 years as we stepped off the plain at JFK. It was at night and NY met us fully lit. It was magic.
We fell in love with this vibrant city and America in a second. We joined my oldest brother Lev who already lived in NY.  Our first apartment was in  The Bronx. It was so much fun to know nothing what is ahead of us. Our days were filled with learning English, meeting new people, acquiring  new traditions. looking for jobs, and more. People of NY were very kind to us.

We were so lucky that my parents and my second brother Felix with his family escaped from Russia as well and came to NY in less than a year from the date we came. Simon’s family came later as well.

Just like we hoped, we found jobs, settled, and became American citizens. We never looked back. This is our home and we love it. Our daughter, Rebecca, was born three years after we came to the U.S. It was great to raise kids in a small  town Chico, CA. There were only a few Russian people there, but we spoke Russian at home and still do.

In 2011 Rebecca wanted to see Russia and we went back for the first and most likely last time there. It was great to see people we left behind, but not much changed in our feelings toward the country. We looked at it with some recollection of our life there, but mostly as outsiders. We wish people of Russia all the best, but we are happy to be here.

My daughter and three closest friends I left in Russia

Our kids in Samara, RU. 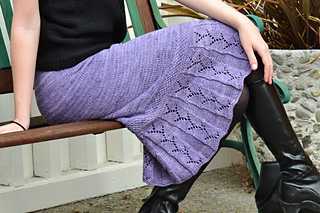